Movies are something that has always been fascinating, entertaining, and full of art and creativity. Seeing through the eyes of directors and cinematographers is something that many people cannot resist to stay away from. Some movies make us cry, some make us laugh, and some just strike right to the heart and teach us something we can relate to our real life. Watching the protagonists work hard for their dreams, trying so hard to be with their love, all the action and fun, and in the end getting success (in most of them) is what makes movies one of the major sources of entertainment for us.

Be it any language or any nationality, a good movie is always a good movie. Whichever language you prefer, or any of the genres, there are both, the best ones and the not-so-good ones. Moreover, the choices of movies mostly depend upon the opinions of the viewers.

Here are some of the Feel-good and worth watching Hindi movies you can watch on YouTube.

Directed by Anurag Basu, Barfi is a package of laughter, drama, and emotion. The story revolves around the love between Barfi (Ranbir Kapoor) a deaf and mute boy, Shruti (Ileana D’Cruz) and Jhilmil (Priyanka Chopra) an autistic girl.

A comedy-drama directed by Shoojit Sircar with Deepika Padukone as Piku, Amitabh Bachchan as Bhashkor Banerjee with constipation, Irrfan Khan as Rana and their road-trip journey from Delhi to Kolkata.

Directed by Neeraj Pandey, it is a story about a retired police commissioner (Anupam Kher) remembering a Wednesday, where a common man ( Naseeruddin Shah) makes that day one of the most memorable cases he had ever encountered in his entire service.

A love story directed by Ritesh Batra that revolves around the exchange of love-letters between Ila (Nimrat Kaur) and Saajan Fernandes (Irrfan Khan).

A Tamil language drama love story directed by Maniratnam where Arvind Swamy and Manisha Koirala end up facing the wrath of communal riots after migrating to Bombay.

Directed by Rakesh Omprakash Mehra, it is an Indian drama showing friendship and patriotism, and the events and mental process that leads these youngsters to be rebels.

With slight reference to the hit and run cases, it is a legal comedy directed by Subhash Kapoor. Arshad Warsi ( Jagdish Tyagi) files a PIL supporting the victim and his defendant advocate Rajpal (Boman Irani) and the legal debate that follows is worth watching.

A war-drama movie directed by Farhan Akhtar, Lakshya is a movie that revolves around a confused young man Karan (Hrithik Roshan) who ends up being a soldier. His love interest Preity Zinta, and his family members trigger him to find his aim.

Directed by Dibaker Banerjee, it is a story of Khosla (Anupam Kher) buying a plot from a thug, Khurana (Boman Irani). The masterplan of his son Cherry and his friends to get back the land from Khurana is such satisfying revenge to watch.

A Pakistani movie directed by Afia Nathaniel is a story of a mother Alla Rakhi (Samiya Mumtaz) to protect her daughter Zainab (Saleha Areb) from getting married to a tribal leader.

It is a multi-starrer drama movie directed by Anurag Basu. The love-stories of multiple couples are affected by their fate and these couples are determined to rise above their emotions.

It is a Ram Gopal Verma’s direction starring Manoj Bajpayee, Urmila Matondkar, and Sushant Singh. The story is about these three inside a house on a rainy night and one of them is a psycho serial killer.

It is a courtroom drama film directed by Samar Khan starring Kay Kay Menon, Rahul Bose, Javed Jaffrey, Dipak Dobriyal, and Minissha Lamba. The murder of the commanding officer and the justice provided, is a drama to watch.

Dear Readers, we have tried something new this time. You may have noticed that these movies are categorized into random genres. Undoubtedly, with your response on this one, we will work our best to provide you the list of movies in well-categorized orders.

Also, here is the list of movies for doctor, medical professionals and students.

And, here is the list of movies for engineers, scientists, and students. 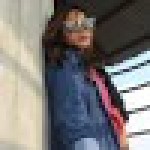